Visitor Globe
Home » From The Developers

EOD - EarthOnDrive is a team of core software engineers spanning multiple verticals. We develop plugins, tools, and render technologies for 3D Terrain Visualizations, AutoDesk Maya and StudioMax integration, GIS, Remote Sensing, Image Processing, and lidar. Our current woftware rendering technologies such as WavGen Pro have been in the news since 1998, and we invented wavelet based rendering technologies (LOD). Proudly, we present our milestones and achievements in these inegrated industries. 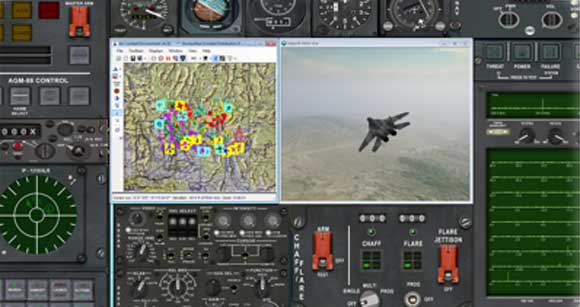 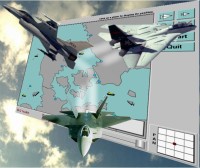 EarthOnDrive is proud to announce a partnership with Generic Logic Inc. The firm is a premier provider of Real-Time Graphics, Data Visualization, HMI SCADA and custom GIS Solutions for software developers around the world. Its products are used to visualize and control real-time and mission-critical processes in a variety of industries, from producing silicon wafers and controlling chemical plants to launching satellites into space and monitoring airport security. Generic Logics interactive Graphics Builder allows developers to rapidly create and prototype dynamic graphical displays and cus..
Read More
EarthOnDrive/WavGen Now with MrSid, OpenEXR, ECW, & JP2 Support
Posted by Patrick Palmer | On 14 May 2016 | Updated on 20 Jun 2016 | Added in Business Solutions, From The Developers, EarthOnDrive Live | 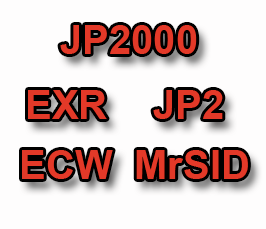 The EarthOnDrive referenced ECW/JP2 SDK is now a fully up-to-date release that provides support for reading and writing ECW and JPEG2000 file formats in all of our third-party applications. The highlights which we have included in our WavGen Pro latest release includes mobile platform and license tier for Android, iOS and WinCE, expanded platform support for MacOSX for Desktop/Server licenses, and many bug fixes and performance improvements to be used on latest render and workstatin technology. The new ECW/JP2 SDK adds support for ECW v3, which supports all data from 8-bit to 16-bit data, R..
Read More
WavGen Pro Version 3.0 Released
Posted by Jorg Mohnen | On 28 Jan 2016 | Updated on 20 Feb 2016 | Added in Business Solutions, From The Developers, EarthOnDrive Live, Geospatial News |

EarthOnDrive/WavGen to deliver a variety of USGS, Defense, Military, Federal Aviation, and NGA maps and charts to the consumer on hard disk. EarthOnDrive/WavGens direct involvement in government and defense SBIR projects have allowed such a massive collection of maps and charts, and through our image processing department, have made these maps a service solutions available to all consumers that can now easily order and access literally 100,000s of data sets in under 2-3 business days for CONUS (Contingent US Coverages). The United States Geological Survey (USGS, formerly simply Ge..
Read More
EarthOnDrive/WavGen & the United States Coast Guard
Posted by Jorg Mohnen | On 11 Jan 2016 | Updated on 12 Jan 2016 | Added in From The Developers |

Through a joint operations small business initiative contract with the United States Coast Guard, EarthOnDrive/WavGen has processed a complete set of US maps and charts and spatially referenced geodata that includes WACs, TACs, JOGs, IFRs, IFRlows, IFRhighs, VFRsectionals, HELIs, DRG24ks, DRG66ks, DRG100ks, DRG250ks. Satellite data included in the SBIR was a 15m Landsat ETM7 Color composite of the earth, a 30m digital elevation model of the whole earth derived from the XSAR SRTM 2000 mission, and a color band 7-4-2 image composite of the earth at 30m resolution. The United States Coast Guar..
Read More
The 2010 Olympics in Astounding 3D Animations
Posted by Jorg Mohnen | On 11 Nov 2015 | Updated on 11 Dec 2015 | Added in From The Developers |

EarthOnDrive/WavGen and Terra-Meida-Services are partnered and we are delivering geodata for the Olympics 2010 in Vancouver British Columbia. We have delivered Vancouver and Whistler to the North in very high resolution for 3D Animation on European Television, and are also delivering the 15meter world data set and the 30m DEM files for this sports coverage event. Terra Media Services is a multimedia production. We produce films, animations and graphics for business, culture and television. Fascination 3D landscapes for film and television, as a web application or for Mobile services, graphi..
Read More
This Years Tour de France Visualized
Posted by Jorg Mohnen | On 10 Sep 2015 | Updated on 10 Oct 2015 | Added in From The Developers |

EarthOnDrive/WavGen is partnered to deliver high quality world geodata coverages for the Tour de France 2009-2010. We have delivered geospatial data covering several departments in France and we have Trimaran and Terra Media utilizing our software for the event. Together with this satellite amd aerial geodata, our plugins are being used to visualize these mountainous areas in 3D Studio Max - Vray. Terra Media Services is a multimedia production. We produce films, animations and graphics for business, culture and television. Fascination 3D landscapes for film and television, as a web applica..
Read More
EarthOnDrive/WavGen partners with E-Powergate Rendercore
Posted by Jorg Mohnen | On 14 Jul 2015 | Updated on 14 Aug 2015 | Added in From The Developers |

EarthOnDrive/WavGen partners with E-Powergate Rendercore with Nations largest Renderfarm. EarthOnDrive/WavGens Technology is now working hard in the nations largest commercial renderfarm. Respower is using our technology to allow its 1000 CPUs the luxury of handling unlimited file sizes and unlimited amounts of textures in 1000s of render nodes. With all customers heading to use the unsurpassed speed of this CPU intensive sight, EarthOnDrive/WavGen will allow these users the pleasure of modelling locally, and compressing heavy files, and then sending them to Hollywood for efficient renderin..
Read More
|< < 1 2 3 4 5 6 7 8 9 10 11 .... > >|
Showing 31 to 40 of 113 (12 Pages)
Latest Articles - All Articles
Tour de France 2020
Posted by Jorg Mohnen | On 10 Sep 2020 | Added in Business Solutions, From The Developers, EarthOnDrive Live, Geospatial News |

EarthOnDrive/WavGen is partnered to deliver high quality world geodata coverages for the Tour de France 2020 once again. We have delivered geospatial data covering the 52 departments in France and we have Trimaran and Terra Media utilizing our software WavGen 3D Studio Max for the event. Together with this satellite and aerial geodata, our plugins are being used to visualize these mountainous areas in 3D Studio Max, Vray, and Redshift Terra Media Services and Trimaran are a multimedia production VFX house. We produce films, animations and graphics for business, culture and television. Fasci..
Read More
Giro Italia 2020
Posted by Jorg Mohnen | On 10 Sep 2020 | Updated on 10 Sep 2020 | Added in Business Solutions, From The Developers, EarthOnDrive Live, Geospatial News |

The 2020 Giro Italia was to have taken place from 9 to 31 May 2020, as the 103rd edition of the Giro d'Italia, a three-week Grand Tour cycling stage race. The start of the 2020 Giro (known as the Grande Partenza) had been planned to take place in Budapest, Hungary, which would have been the 14th time the Giro has started outside Italy, and the first time a Grand Tour has visited Hungary. The event was jeopardised by the COVID-19 pandemic in Italy, and in March 2020 it was postponed. UCI announced that both Giro and Vuelta will take place in autumn after the 2020 UCI Road World Championships.&n..
Read More
Rally Dakar 2020
Posted by Jorg Mohnen | On 10 Sep 2020 | Added in Business Solutions, From The Developers, EarthOnDrive Live, Geospatial News |

The 2020 Dakar Rally was the 42nd edition of the event and the first edition held in Saudi Arabia. The event started in Jeddah on 5 January and finished in Al-Qiddiya 17 January after 12 stages of competition. The rally was marred by the fatal accidents of Portuguese motorcyclist Paulo Gonçalves on stage 7 and Dutch motorcyclist Edwin Straver on stage 11. After 11 years in South America, the event was held in the Asian continent for the first time ever. Organisers admitted that there was "hesitation" before the decision to hold the event in a country which has been under fire over human rights..
Read More
WavGen Pro v4.0 Released
Posted by Jorg Mohnen | On 10 Sep 2020 | Added in Business Solutions, From The Developers, EarthOnDrive Live, Geospatial News |