The Pleiades-1A satellite is capable of providing orthorectified color data at 0.5-meter resolution (roughly comparable to GeoEye-1) and revisiting any point on Earth as it covers a total of 1 million square kilometers (approximately 386,102 square miles) daily. Perhaps most importantly, Pleiades-1A is capable of acquiring high-resolution stereo imagery in just one pass, and can accommodate large areas (up to 1,000 km x 1,000 km).

The Pleiades-1A satellite features four spectral bands (blue, green, red, and IR), as well as image location accuracy of 3 meters (CE90) without ground control points. Image location accuracy can be improved even further — up to an exceptional 1 meter — by the use of GCPs. Because the satellite has been designed with urgent tasking in mind, images can be requested from Pleiades-1A less than six hours before they are acquired. This functionality will prove invaluable in situations where the expedited collection of new image data is crucial, such as crisis monitoring. 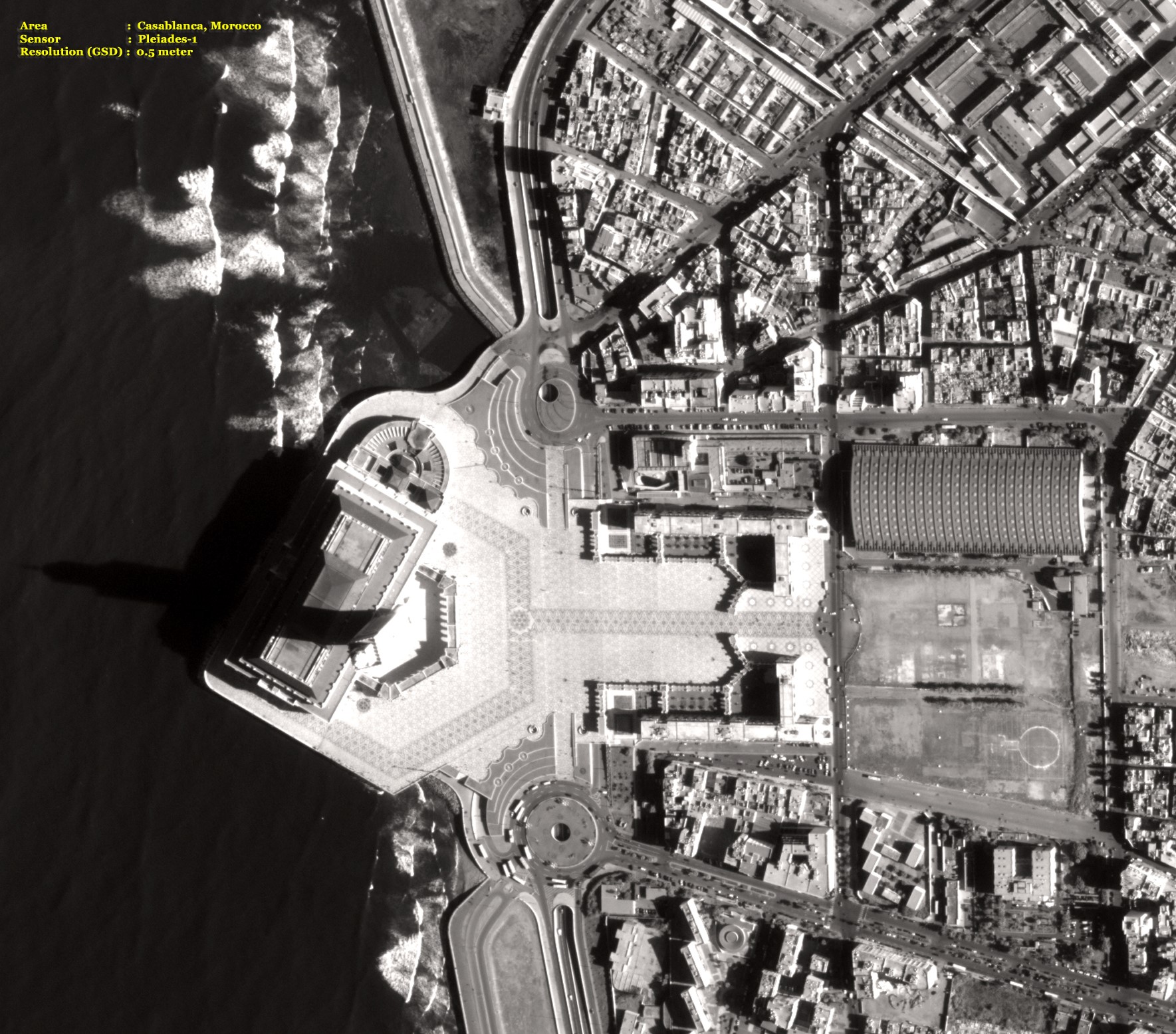