Pleiades-1B satellite sensor was successfully launched on December 2, 2012. Built by AIRBUS Defence & Space, the satellite was launched from a Soyuz launcher at the European Space Centre in French Guiana.

The launch of Pleiades-1B satellite sensor marks the third step in the formation of a constellation of four satellites combining a double daily revisit capability and an ingenious range of resolutions.

Pleiades-1A and 1B satellites will be phased 180° apart in the same near-polar sun-synchronous orbit at an altitude of 694 km, enabling daily revisits to any location on the planet which makes it ideal for mapping large scale areas including engineering and construction projects, monitoring of mining, industrial and military complexes, conflict zones and crisis/disasterareas, natural hazards, evacuation and rescue operations.

Pleiades-1A and Pleiades-1B will deliver 0.5m imagery products, and SPOT-6 and SPOT-7, designed to assure continuity of service after SPOT-5 (2.5/5m) to supply high-resolution data products at 1.5m. SPOT-6 was launched on September 9, 2012.

In addition to their high precision, the Pleiades-1 satellites are also notable for their remarkable agility, which enables tilted imaging from nadir and operation in several acquisition modes (20 images over 1000 x 1000 km2, stereo, 3D, mosaic, corridor, etc.). 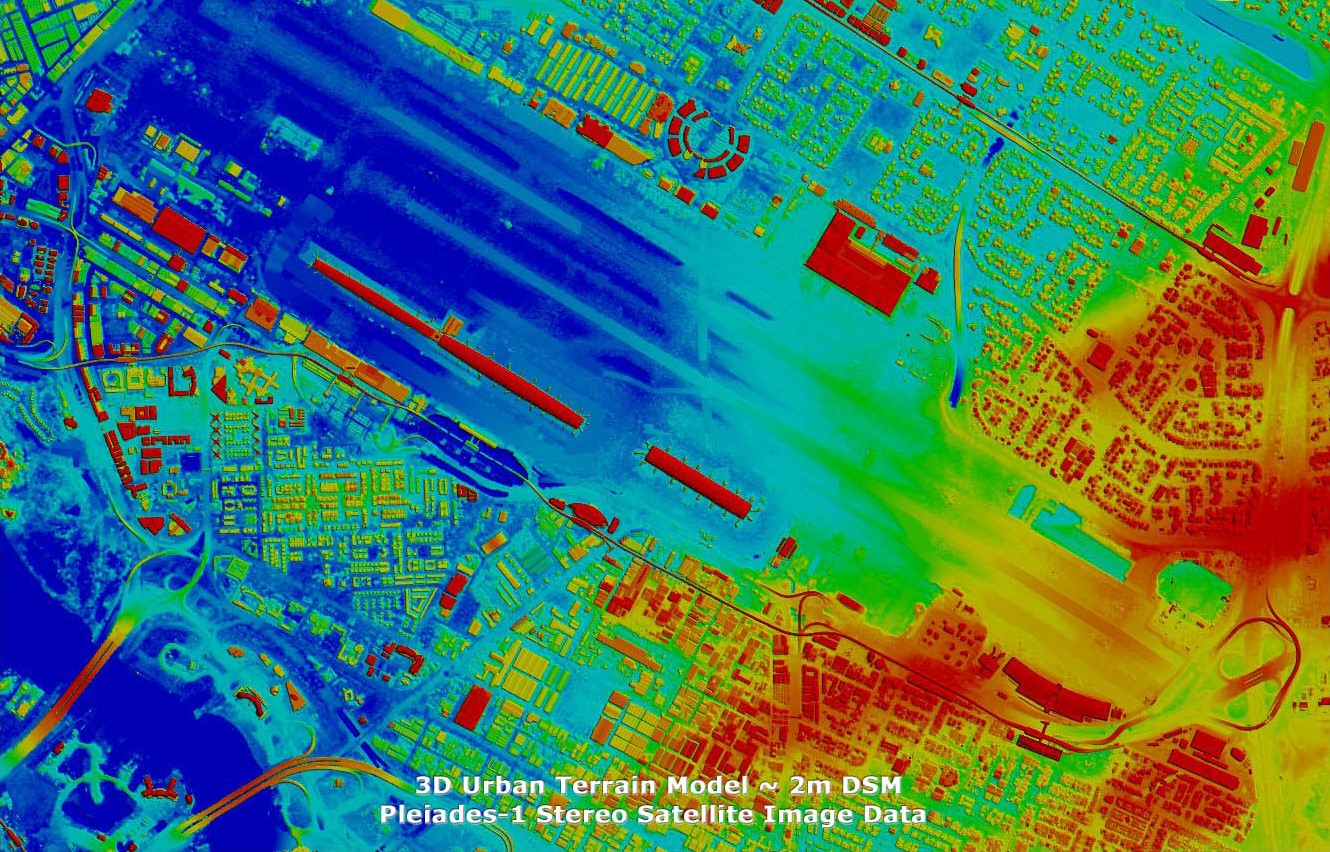 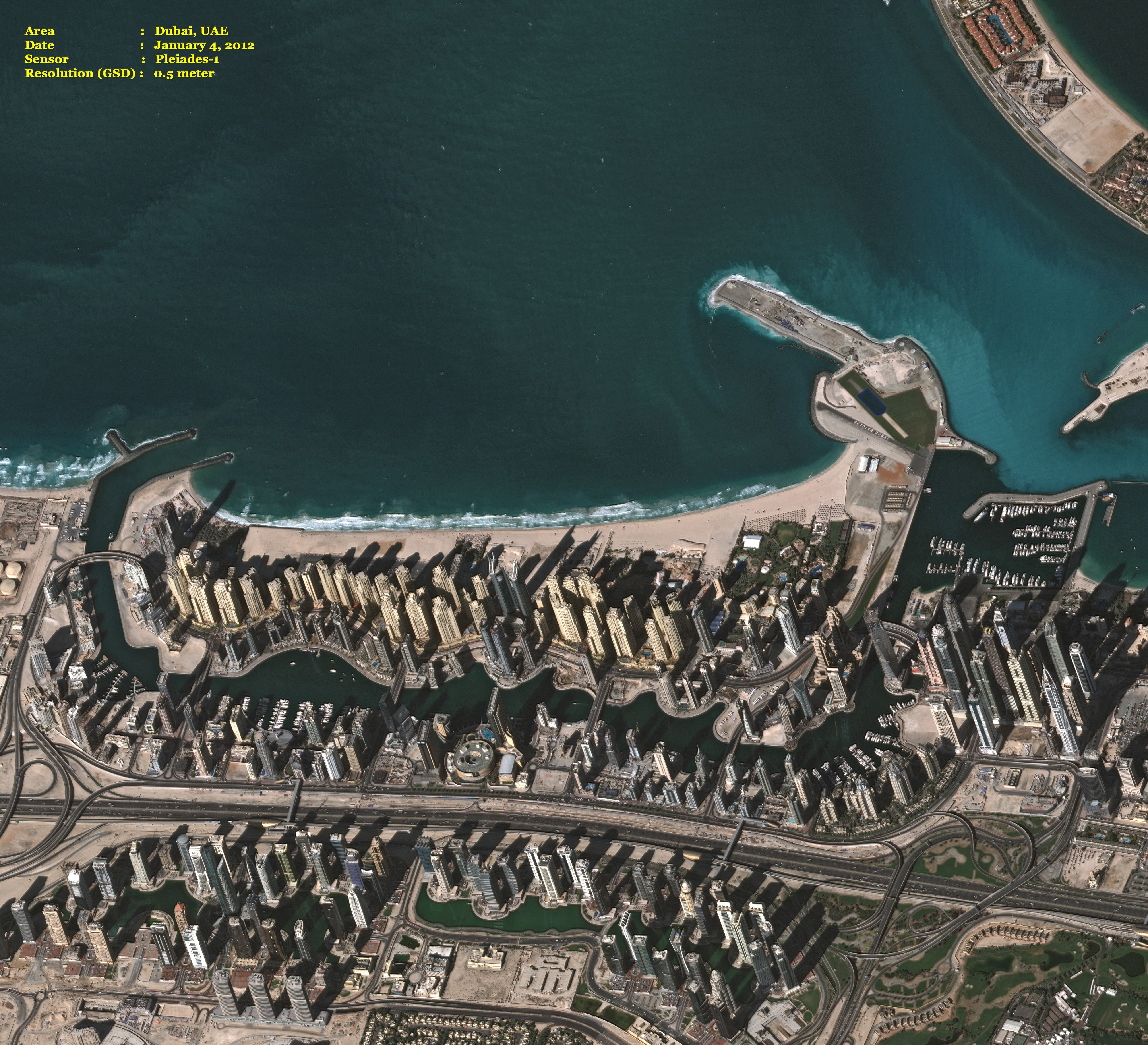